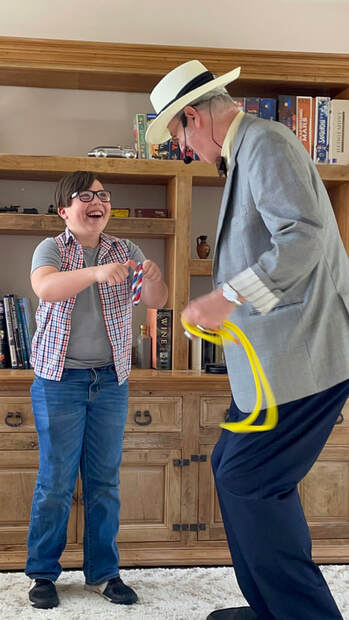 My 'super power'
is the ability
​to make people
laugh... a lot ! 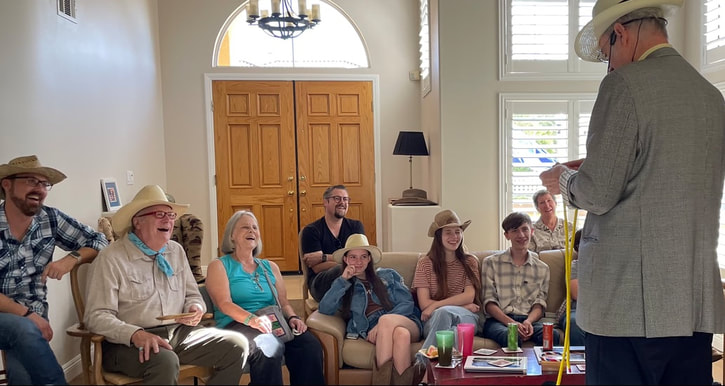 El Ropo
​
has recently performed for

myriad members of U. S. Congress,

https://www.youtube.com/channel/UCoerWrNAvRra1HL3_ghvkeQ/videos​
Here's a video of El Ropo presenting his classic,
one of a kind, trademark, original, patented
​"Brooop" knot
And now here is the world's fastest Ring on Rope (small)
World's fastest Ring on Rope (big)
Wait, I thought you said El Ropo
would rather die than do a card trick!
Uhhh... yeah... he sees this as more of
a  'handkerchief trick'... heh, heh...
Here, El Ropo shows off
​a gift he got from "El Coin-o"...
Thimbles? Seriously, El Ropo?
O. K., think about it now.
A rope is like a really big thread, and thread is for sewing, and you also use a thimble for sewing, so...
is it that much of a stretch?
El Ropo, the puppeteer?
Stargazer Ropo...
Polka dot Ropo...
El Ropo's latest invention - Coin Velcro!
Lookout, Shark Tank!
Card trick? Not at all.
It's a "static electricity" trick (-;
El Ropo's super hero origin story.
Somebody tell Marvel !
El Ropo's mood ring is stuck on 'happy'.
What a great place to be stuck!
El Ropo's version of  "Sawing a Man in Half "
(it just happens to use a card - so sue me!)
No card tricks allowed in the casino.
​We're just playing a simple game of poker.
​Nyuk, nyuk, nyuk...
And, finally, here's El Ropo in the
World Famous Hollywood Magic Castle
"Parlour of Prestidigitation"
When was the last time you had
two sweet ladies tie you up? (-;